Avoriaz was inaugurated in 1966.

Nestled at an altitude of 1,800 metres, Avoriaz has the special feature of occupying the central position in the fabulous domain of Les Portes du Soleil (650 km of ski runs) and offers skiing conditions and views as varied as they are heavenly . between Lac Léman and Mont Blanc!!!!!

No cars are allowed into the resort, the only way to get around is on foot, on skis or by sledge. The resort was specially designed to be completely accessible on skis.

Jean Vuarnet is a ski champion who has marked the spirit of Avoriaz.

Avoriaz has 39 ski lifts and 49 ski runs. The resort is linked to Switzerland by several routes, including Le Pas de Chavanette, known as the Swiss Wall as its steepness has caused more than one skier to abandon the attempt and take the chairlift down.

In 1993 the very first detachable chairlift in France and in Europe was installed in Avoriaz, moving a record 3,000 skiers an hour.

The Portes du Soleil ski area is above all a natural area of exceptional beauty.

The amazing rockface-inspired architecture of its buildings has recently earned Avoriaz a "20th century heritage" label.

Avoriaz is an entirely pedestrian resort

On your arrival, horse drawn sledges take you to your place of stay. All accommodation is accessible on skis, there is no public transport, there are no roads to cross, the streets are ski runs, and your residence opens out onto the ski area.

You can truly live the mountain experience in a pedestrian resort! 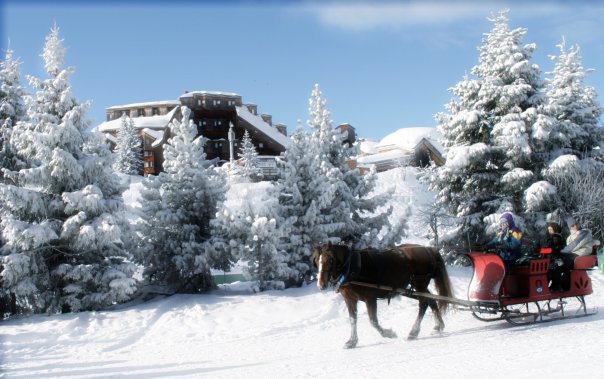 A wide choice of rentals
on the whole resort !

Your message has been well sent

Thank you for your message. We will respond as soon as possible...